Three distinguished personalities have been chosen to receive the "Lifetime Contribution to Autoimmunity Award" in 2018. This award is presented every two years at the Autoimmunity Congress as a recognition to individuals who have contributed in a significant way to the field of autoimmunology.

The prize was presented during the Opening Ceremony of the Congress. 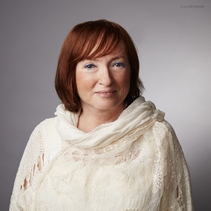 Prof. Miri Blank received her PhD in immunology at Sackler Faculty of Medicine, Tel-Aviv University. Her Post-doc training was in molecular biology,Tel-Aviv University. She is a Prof. of immunology at the department of Microbiology and Clinical Immunology at the Sackler faculty of Medicine Tel-Aviv University. She was a guest scientist for 4 years at The Weizmann Institute of Sciences, Tufts University, Boston, USA, University of Erlangen-Nurnberg, Erlangen, Germany. She gained EULAR group price 2005. Prof. Blank has 6 patents. Recently Prof. Blank developed a molecule based on helminths derivative, which has a potential for therapy for autoimmune diseases. Her CV contains about 400 articles published in several first class journals such as: Proc.Nat.Acad.Sci., Journal of Clinical Investigations, Journal of Autoimmunity, Arthritis and Rheumatology.

Her major scientific revelation includes: First proof of the pathogenicity of idiotypic autoantibodies in animal models that she had developed; discovering the infectious origin of antiphospholipid syndrome by molecular mimicry between a pathogen and self molecules; penetration of autoantibodies as a cause of CNSLUPUS; developing other therapeutic approaches to treat autoimmune conditions and constructing a natural bi-functional molecule for treating autoimmune diseases. 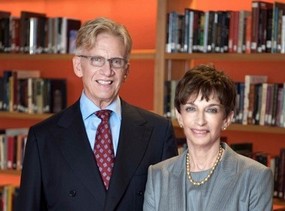 Judith and Stewart Colton have been steadfast partners of NYU Langone Medical Center for more than three decades. Passionate about cultivating young minds and emerging fields, they have fostered a gene-banking program for asthma research, as well as a young physician-scientist scholar’s fund. They also created the Dr. Lester Breidenbach Student Loan Fund, named in honor of Judy’s uncle, who served as attending surgeon at the Medical Center and later as director emeritus of emergency services. In 2014, their transformative gift to NYU Langone established the Judith and Stewart Colton Center for Autoimmunity, our multidisciplinary hub for investigating and treating autoimmune diseases.

Judy worked as a psychologist, teacher, and market researcher before creating Hartwood Systems, the computer consulting firm she ran for 25 years. In addition to her philanthropic involvement with NYU Langone, Judy has been a founding board member of New Jersey SEEDS and the Community FoodBank of New Jersey. She is adept at rallying advocates and mentors to a cause, with a talent for shepherding complex projects through their early stages.

Stewart developed Alpha Metals Co., an international metals and chemical company serving the electronics industry, and has devoted himself to private investment and philanthropy since selling the business. He previously served on the board of Newark Beth Israel Medical Center and as president of the American Friends of Tel Aviv University, and is currently vice chairman of the board of governors at Tel Aviv University, which has awarded him an honorary doctorate.

Together, Judy and Stewart have funded scholarships, fellowships, and the Colton Family Next Generation Technologies Institute at Tel Aviv University. They have supported the Israel Philharmonic Orchestra, New Jersey Performing Arts Center, United States Holocaust Memorial Museum, and The Wilderness Society, among other organizations. 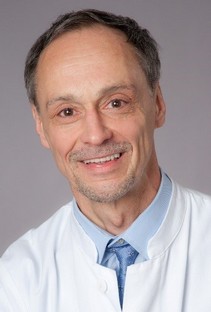 Detlef Schuppan received his MD degree in Berlin, and two PhD degrees, at the Max-Planck-Institute of Biochemistry in Munich and the Free University of Berlin, Germany. He was Associate Professor of astroenterology/Hepatology/Medicine in Berlin until 1997, Full Professor and Deputy Director of the Dept of Medicine I (Gastroenterology, Hepatology, Pulmonology, Infectious Diseases and Endocrinology) at the University of Erlangen-Nuremberg, Germany until 2004, and finally Full Professor of Medicine and GI/Hepatology Consultant/Attending Physician at Beth Israel Deaconess Medical Center (BIDMC), Harvard Medical School (HMS) in Boston until 2010. He has founded and serves as Director of the Institute of Translational Immunology and as Attending Physician at Mainz University Medical Center, Germany, with a continuing faculty position at BIDMC and HMS.

Research and clinical focus is on liver inflammation, fibrosis and NASH; on intestinal inflammation, food related disorders, including celiac disease, wheat sensitivity, food allergies and the role of nutritional factors and the intestinal microbiome on autoimmunity, GI and liver cancer. DS has been and continues to be Consultant, Principal and Co-Investigator in numerous clinical studies that deal with the above diseases.

He has been Secretary General of the European Association for the Study of the Liver (EASL), member of several committees of the AGA, AASLD, and the United European Gastroenterological Foundation. He has been awarded numerous prizes, including an ERC Advanced Grant of the EU in 2011 and the Mäki Research Prize for Life Achievements in Celiac Disease Research in 2015. He currently serves as Associate Editor for the American Journal of Physiology and Gastroenterology, and as Editorial Board Member of the Journal of Clinical Investigation. He has published more than 500 Pubmed cited articles.

free Joomla templates
Back to top