For the 7th time the “AESKU.AWARD for life contribution to autoimmunity” was presented during the Opening Ceremony of the 10th International Congress on Autoimmunity in Leipzig. The Award pays tribute to individuals who have contributed in a significant way to the field of autoimmunity.

This year we are pleased to announce the following three distinguished nominees: 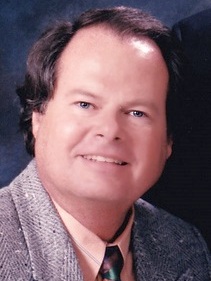 After graduating from Rutgers University, Dr. Robert Morris attended Hahnemann Medical School and was accepted for the renowned UCLA Rheumatology Fellowship. Dr. Morris has taught at UCLA medical school and other institutions for over 25 years.

As he started his private practice in 1974, he was troubled by the paucity of quality autoimmune testing for his patients. In 1977, after much effort, he and Dr. Allan L. Metzger established RDL Reference Laboratory, with the goal of providing the most reliable and cost effective laboratory testing for Rheumatologists throughout the USA. Since its inception RDL has been a leader in scientific research and always at the forefront of new assay development, for example introducing anti-CCP testing in the USA. In 1999, Dr. Morris retired from private practice in order to be able to devote his full energies to RDL. Late in 2003, Dr. Morris was diagnosed with a rare form of hydrocephalus, resistant to conventional treatments. After two years of hospitalisation and rehabilitation, Dr. Morris returned to work full-time at RDL.

From the time of his Fellowship to the present day, Dr. Morris‘ vision has never been limited to his Practice and RDL. He was the primary investigator in studies that proved the link between HLA-B27, Ankylosing Spondylitis and Reactive Arthritis. This discovery was published in the New England Journal of Medicine in 1974. Dr. Morris was the first clinician to make a finding of legionella infection in synovial fluid. In addition to many other contributions, Dr. Morris has been instrumental in the development of the helminth compound as a potential treatment and/or vaccine for autoimmune diseases. In 2014, Dr. Morris was made Master of the ACR. 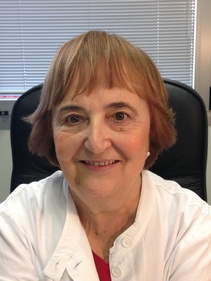 Her main clinical and research areas include: pathogenesis, diagnosis and treatment of systemic autoimmune diseases in particular SLE and APS; management of pregnancy in patients with inflammatory arthritis and systemic autoimmune diseases: biomarkers of outcome and use of anti-rheumatic drugs in pregnant patients; evolution of autoantibody determinations and reliability and the clinical significance of emerging new technology.

Prof. Tincani has been included on the organisational boards of many national and international congresses, including the International Congress on Autoimmunity since 1999 (Tel Aviv). She has served on many international committees for research and education in lupus, most recently the EULAR committee “Points to consider for use of anti-rheumatic drugs before pregnancy and during pregnancy and lactation“ (2013–14) and, as co-chair, “Recommendations for the management of family planning, assisted reproduction, gestation, delivery and menopause in patients with Systemic Lupus Erythematosus”.

Prof. Tincani is a widely published author: 300 publications indexed by PubMed with nearly 11000 citations and H-index 50 (by WOS). She is the regional Editor (Europe) of the journal Autoimmunity and sits on the Editorial Boards of Clinical and Experimental Rheumatology and Autoimmunity Reviews. 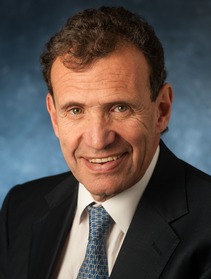 Poju Zabludowicz is a global investor, entrepreneur and philanthropist. Mr. Zabludowicz is Chairman of Tamares which he has led since 1990. Tamares makes long-term investments in real estate, technology and the primary sector and is a long-standing contributor to medical facilities. Over the years Mr. Zabludowicz has had an increasing interest in the field of autoimmunity. He created the Zabludowicz Center for Autoimmune Diseases, one of the world‘s most advanced centres for research into autoimmune diseases. Mr. Zabludowicz has contributed to research projects on subjects like IVIg applications in autoimmunity, immunomodulating drugs and basic research on the aetiology and pathogenesis of autoimmune models.

In 1994, Mr. and Mrs. Zabludowicz established The Zabludowicz Collection, a dynamic collection of contemporary art works. The Zabludowicz Collection supports hundreds of new artists, many of which have achieved significant success. Poju Zabludowicz was born in Finland and remains a passionate supporter of his home country. Alongside Tamares‘ investment in Outotec, a leading Finnish mining technology company, Mr. Zabludowicz serves on its board of directors as well as on the board of the Kiasma Museum of Contemporary Art in Helsinki. He is also a key supporter in the initiative to establish Guggenheim Finland.