AESKU.AWARD 2010 goes to three outstanding researchers and a real patient advocate in autoimmunity.

On May 6, 2010, Aesku.Diagnostics´ “Aesku.Award for life contribution to autoimmunity” was already awarded for the fourth time. M. Eric Gershwin, MD, from the University of California at Davis, US, one of the leading experts in Autoimmunity, presented the awards to the prizewinners together with Dr. Torsten Matthias, founder and CEO of Aesku.Diagnostics, during the opening ceremony of the “7th International Congress on Autoimmunity”, which took place in the Slovenian Capital Ljubljana from May 6 to May 9, 2010.

Like Dr. Torsten Matthias explained in his short introduction, the company considers the Aesku.Award an expression of its vision and philosophy. Since its foundation 10 years ago, Aesku.Diagnostics specifically supports interdisciplinary research in autoimmune diseases. He pointed out that it is one of the goals of the AESKU.AWARD to stress the importance of research in autoimmune diseases and to show the progress to establish autoimmunity as an independent field of research.

Like already three times before, in 2004, 2006 and 2008, the Aesku.Award was given to three renowned researchers, who distinguished themselves by year-long research in autoimmunity: Takao Koike, MD, from Japan, Edna Mozes, PhD, from Israel and of course Morris Reichlin, MD, from the United States. 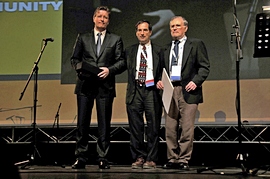 Dr. Morris Reichlin was born in Toledo, Ohio and graduated from Washington University in St. Louis, Missouri, with a BA degree in 1955 and an M.D. in 1959.

Following medical school he served an internship and assistant residency at the Bronx Municipal Hospital Center, the clinical site for training in internal medicine at the Albert Einstein College of Medicine, followed by a biochemistry fellowship at Brandeis University.

He was a faculty member at State University of New York at Buffalo from 1965-1981. Since then he has been a member at the Oklahoma Medical Research Foundation and a Professor of Medicine, Division Rheumatology, at the Oklahoma University Health Sciences Center in Oklahoma.

In the 1960´s he studied the immunochemical properties of hemoproteins, particularly hemoglobin and cytochrome c. In the 1970´s Dr. Reichlin began his studies of the definition of antigenic targets reactive with antibodies in sera from patients with systemic lupus erythematosus (SLE). This was followed by the definition of antigenic targets of autoimmunity in the inflammatory myopathies; polymyositis and dermatomyositis. Dr. Reichlin has published extensively in the field mentioned, and had even exceeded 300 peer reviewed papers. He has mentored numerous postdoctoral fellows who have established active research programs in the US and around the world. 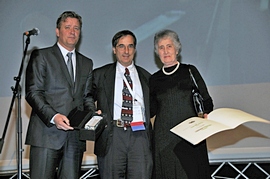 Edna Mozes received her master degree in Bacteriology from The Hebrew University, Jerusalem. Se was attracted to Immunology and performed her research for her Thesis on Chemical Immunology under the supervision of Prof. Michael Sela at The Weizmann Institute of Science.

Naturally, her PhD studies focused on the characterization of immunogens, mainly synthetic polypeptides, and the analysis of the nature of the resultant antibodies. Her studies were published in numerous journals.

Later on, her group was the first to show that the lr-1 gene products are expressed on B cells. Her current main focus is Lupus. In collaboration with Yehuda Shoenfeld she established, 20 years ago, a model of induced experimental SLE in mice that are not SLE prone.

Furthermore, she designed and synthesized peptides based on the CDR1 and CDR3 of the disease inducing autoantibodies. Treatment with these peptides ameliorated the serological and clinical manifestations of a full-blown disease in both spontaneous band induced models of SLE. 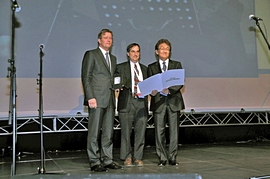 Takao Koike was born in Sapporo, Hokaido, Japan in 1947. He graduated from school of medicine in 1972. In 1979 he published his first paper, in the Arthritis & Rheumatism Journal about “Differential sensitivity of functional subsets of T cells to the cytotoxicity of natural T-lymphocytotoxic autoantibody of systemic lupus erythematosus”.

However, his favorite paper was published in 1994, in the journal of experimental medicine, on “Anticardiolipin antibodies recognize ß2-glycoprotein I structure altered by interacting with an oxygen modified solid phase surface”.

In 1982 he first described that anti-DNA antibodies in SLE patients cross-reacted with cardiolipin. 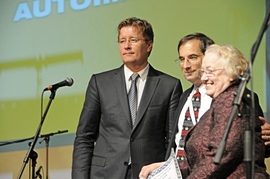 For the first time in 2010 Aesku.Diagnostics honored even a fourth awardee with the AESKU.AWARD: Virginia Ladd.

Virginia Ladd, a Registered Radiology Technologist with postgraduate work in Early Childhood Education, is the Founder, President, and Executive Director of the American Autoimmune Related Diseases Association, Inc. (AARDA). This is an organization established to bring national focus to autoimmunity and increase collaboration in research, education awareness, and advocacy programs.

Mrs. Ladd has been involved in the nonprofit community for over 30 years as a patient advocate and educator. As a former president and executive director of the Lupus Foundation of America, she is one of the founders of the Michigan-based Chronic Illness Awareness Coalition.

Author of many patient education brochures, Mrs. Ladd also travels extensively to fulfill national and international speaking engagements. She is well known for her passionate involvement as a patients rights advocate.

Mrs. Ladd was a 1995 Jefferson Award Honoree of the American Institute for Public Service with recognition at the national level. 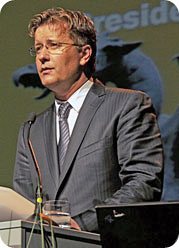 “There are a lot of doctors and scientists around the world who help patients everyday and do their very best to improve the knowledge on autoimmune diseases.

Some of them like Morris Reichlin, Edna Mozes and Takao Koike dedicate their whole scientific life to autoimmunity. That’s the reason why AESKU created the AESKU.AWARD for life contribution in autoimmunity to say THANK YOU for their work and their passion.

It’s a pleasure for us to keep and extend this tradition with a special AESKU.AWARD for a glowing patient advocate like Virginia Ladd this year .”

Giving a prize, which wants to honor „life contribution to autoimmunity“, to a layperson, is definitely outstanding but for Aesku.Diagnostics just the logic consequence of the important role patient organizations play in autoimmunity. Research, patient care and education – only if everything is closely connected new results coming from research can be translated to a real benefit for patients.

View or Download the Prize Winner Posters as PDF